December 9th, 2005 - Nothing gardening related, although the forecast for a freeze tonight was adjusted upward to a low of 34. Should be able to get the plants back out tomorrow as the low of 39 will be tolerated by most, certainly a lot more tolerated that the warm dry conditions of the sunroom. In the greenhouse, just opening the door will do the trick. Here is a picture of the greenhouse after Hurricane Rita remodeled it. By the way, this is not the original greenhouse site. The wreckage is sitting about 50 feet to the north of where it originally resided. Amazingly, it is back together courtesy of oversized screws since the original screw holes were stripped out of the soft aluminum frame. I need to do some homemade bracing before next Hurricane Season. 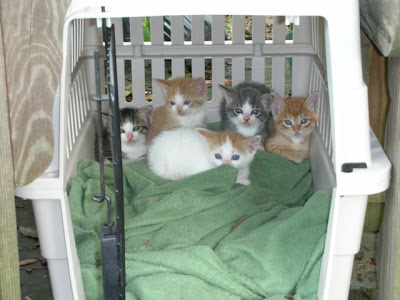 On the positive side, presenting Farley, Francis, Priscilla, and appropriately, Katrina and Rita. They were born just after Hurricane Rita so the picture is a little aged. They are growing fast and a lot of fun. Most of the trees are OK, although we have lost a few smaller limbs due to their daylight to dark play shenanigans. Don't mind a bit either. They are a lot of fun.

Below are a few pictures of Hurricane Rita's visit to the gardens. All in all, not nearly as bad as Hurricane Lili just a few years ago, but destructive and disruptive non the less. One the left is the Morning glory tree and Rangoon creeper. Next is the fish kill in Bayou Teche. These fish kills alway follow hurricanes. As the organic matter, mostly masses of leaves begins to decompose, the oxygen levels in the bayous drop. Next picture is (was) by beautiful Hardy Orchid Tree. Although it was sold without ID, I believe it to be Bauhinia lunarioides, the white flowering variety. It seems to be OK, but in its weakened state I will worry if we have a hard winter. On the far left is my 4-wheeler, still chained to the Parkinsonia, which we had just pulled back into vertical status. It appears to be no worse for the wear. I remember a beautiful Parkinsonia planted on the front grounds of a Lafayette company that I visit frequently. It went down in Hurricane Lili. A shame as it was such a beautiful tree in bloom. I wonder if they could have saved it. It was fairly large, but they are very drought tolerant which may lead to their ability to bounce back after extensive root damage. Back in Hurricane Andrew my in-laws saved a large raintree (Koelreuteria elegans) in the same way, which is now doing great and quite beautiful today. 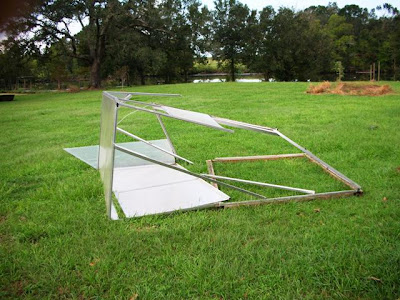 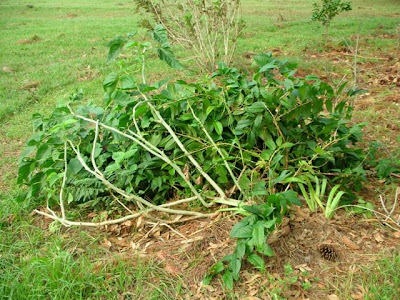 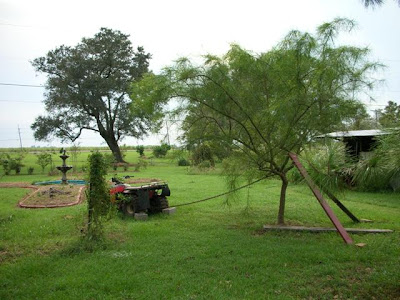 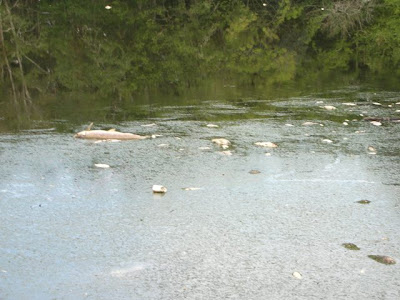 Posted by Keiththibodeaux@gmail.com at 11:35 PM No comments: